Rental Cost Down, Sale Prices Up, in Q3 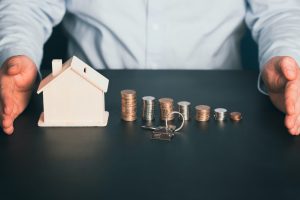 “Second-hand housing has prolonged its upward behaviour in the third quarter of the year, but it is to be expected that with the recent increases in interest rates that the European Central Bank has put on the table, the final stretch of the year will bring a slight deceleration“, said Ferran Font, Director of Studies at piso.com. He also suggested that residential property has moved in contained rise margins if we take inflation as a reference, supported by a very active demand in search of opportunities. Font also added “the possible arrival of an economic recession will limit the thrust of a market that, faced with more expensive mortgages and more savings-focused buyers, will slow down.”

However, Font insists that this slowdown will not be distributed evenly throughout the Spanish territory. “We have witnessed how certain capitals have placed their prices at pre-bubble levels, while others are still a significant distance away,” explains Font. The imbalances in population density between areas will also be appreciable when the price curve is inverted: “The most powerful cities will hardly change, while others will have a downward path”, declared Font.

“Although renting a home today is more expensive in practically all the provincial capitals, we are seeing how the national average monthly payment is containing its thrust in the monthly variable, with no rises above 1% for a year. In fact, from January to September it even registered two drops in this interval“, said Font. However, Font also indicates that this containment should not lead us astray: “Tenants have less spending capacity due to inflation, so any increase, no matter how small, destabilizes the budget available to households“, he said.

On the supply side, there are a whole series of opposing forces that make it difficult to predict market behaviour with an acceptable margin of safety. Font indicates that “the income control measures, although they have not yet materialized through the new Housing Law, act as a deterrent to investment in rental housing. However, on the other hand, housing continues to be an asset to direct savings while other investments are more volatile in a possible recession scenario.” In any case, Font insists that “in the face of growing demand, the lack of supply is a bottleneck that has a very negative effect on access to housing“.

In the third quarter of the year, the most striking increase took place in Cantabria (7.11%). The greatest negative adjustment occurred in Asturias (-5.76%). Compared to last year, the Balearic Islands (13.50%) was the one that increased the most and Navarra (-9.11%) the one that fell the most.

In the classification of provinces by price, in September 2022 the most expensive was Madrid, with 13.53 euros per square meter. It was followed by Barcelona (€13.18 p/m²) and the Balearic Islands (€12.92 p/m²). On the opposite side, Cuenca closed the classification with 3.18 euros per square meter. Other economic provinces were Ávila (€3.35 p/m²) and Ciudad Real (€3.59 p/m²). The province that recorded the most significant increase in the third quarter was Cantabria (7.11%), while the one that recorded the most significant fall was Salamanca (-6.33%). From one year to another, the highest increase registered was that of Valencia (17.83%). The prices most significantly reduced were in Guipúzcoa (-11.85%).