Increase in Cost of Sale and Rental Housing 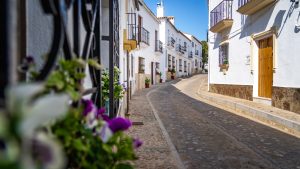 Cost of renting and buying up across Spain

The average price of second-hand housing in Spain in the month of August 2022 was 1,951 euros per square meter. This represents a rise of 0.95% when compared to July. When we compare the figure to the same month last year, the change is +5.26%, up from 1,853 euros.

“The residential market has experienced an incredible boom throughout 2022, but from now on the figures for sales and mortgages will not be so bulky,” said Ferran Font, director of studies at pisos.com. “It is very possible that the July rate hike carried out by the European Central Bank will be followed by another in September, so loans for home purchase will not be as accessible. The increase in the cost of financing will cause a certain withdrawal in demand, and therefore, the stabilization of prices, which although they have not risen uncontrollably, have shown great dynamism, to the point of placing many capitals at price levels prior to the crisis of 2008“.

Font also points out that with inflation reaching double-digit figures for two months in a row, recession is a more than real threat to the Spanish economy, especially if other variables such as GDP or unemployment are taken into account. Given this possibility, Font predicts that real estate transactions will slow and purchase decisions will suffer as a result, and this will end up affecting prices”.

In the classification of the provinces by price, the most expensive in August 2022 was the Balearic Islands, with 3,550 euros per square meter. It was followed by Guipúzcoa (€3,283p/m²) and Madrid (€3,260p/m²). On the opposite side was Ciudad Real, which closed the classification with 620 euros per square meter. Other economic provinces were Jaén (€689p/m²) and Cuenca (€747p/m²).

The price of rental housing fell -3.4% in its monthly variation and rose 3.9% in its interannual variation, placing its price at €10.83p/m² per month in August, according to data from Fotocasa. This year-on-year increase (3.9%) represents the sixth increase in 2022.

“Although the increase in August has moderated on a year-on-year basis, it could be due to a seasonality issue, in which the summer season ends and coincides with a drop in demand, before the start of the September academic year. However, if we zoom in on the autonomous communities, provinces and municipalities, we detect that almost without exception there are significant increases in rental prices. It is perceived that in the areas of greatest demand and therefore most stressed, the increases exceed two digits. Which is an indicator that the price continues to rise, pushed by a situation of imbalance between supply and demand, in which the housing stock has been reduced in a very detrimental way in recent months,” said María Matos, director of Studies at Fotocasa.

Almost all provinces increased the year-on-year price of rental housing in August 2022, except for Guadalajara and Cáceres. Increases of more than 10% occur in 11 provinces and in only three provinces the increase is less than 1%.