Average Cost of Rental Housing Up in October 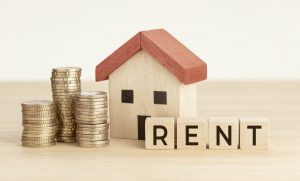 Ferran Font, director of studies at piso.com said, “The cost of renting a home in Spain continues to show significant increases, given that the offer is becoming smaller and the demand tends to take refuge in this formula due to the growing difficulties of access to purchase“. He further suggests inflation is a factor that is reducing the spending capacity of Spaniards, who, by not being able to save as much as before, are affecting their chances of becoming homeowners. On the other hand, Font comments that “the new mortgage scenario, with rising interest rates, leads to adopt a ‘wait and see’ approach, which contains potential first-time and replacement homebuyers in the rental market.”

Taking into account the current situation in the residential segment, buying to rent represents one of the investment options that will give the best response. “If you have enough liquidity, directing savings towards flats that do not have to do too many reforms and located in well-connected areas means having a profitable and safe asset,” says Font. In any case, he insists that you have to build trust among the owners and work so that they feel protected against evictions and defaults.

In the classification of provinces by average cost of rental housing, in October 2022 the most expensive was Madrid, with 13.69 euros per square meter. It was followed by Barcelona (€13.51 p/m²) and the Balearic Islands (€13.18 p/m²). On the opposite side, Cuenca closed the classification with 3.16 euros per square meter. Other economic provinces were Ávila (€3.34 p/m²) and Ciudad Real (€3.51 p/m²). The province that saw rents increase the most in the last month was Santa Cruz de Tenerife (2.92%), while the one with the largest fall was Córdoba (-3%). From one year to another, the highest increase registered was that of the Balearic Islands (19.42%). The income that adjusted the most was that of Navarra (-13.43%).