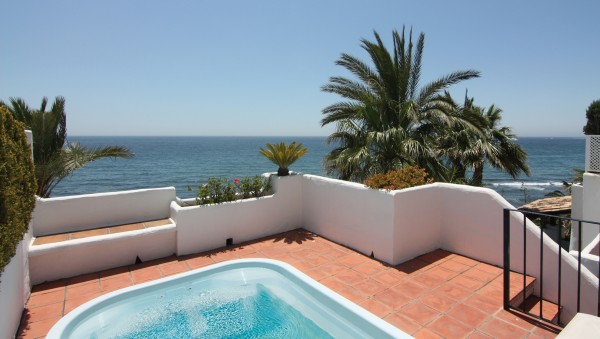 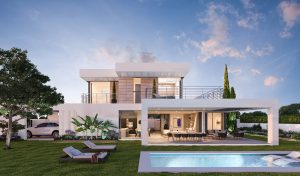 New villas are in demand in the Benahavis area

Since the recovery of the Marbella property market began to show in 2013 the preference has been for new homes with the latest designs, facilities and features. The market for resale property also recovered but lagged behind the demand for new property. The demand for older properties with “potential” in prime locations is also recovering strongly.

According to the Property Report from Diana Morales Properties 2017 is shaping up to be a winner for the property market. You can read the full report here, but I will go over what I consider to be the main points below.

In Marbella, the recovery suffered a serious setback when the 2010 PGOU (town plan) was written off by the Supreme Court in Madrid, earlier this year. This meant that much of the momentum gained in the previous years in terms of recovery was lost as demand and interest in the area shifted to surrounding towns like Benahavis, Estepona and Mijas. Those towns have no such planning licence issues and are keen to attract investment and are actively searching for it.

Brexit was another stumbling block for the Marbella property market. Despite demand being increasingly diverse by nationality, more so the higher you climb up the price ladder, there is no denying that sales in the latter part of 2016 were affected by the UK decision to leave the EU as British buyers took a step back. The interest was still there but the uncertainty was enough to make people hold on to their money until more details of Brexit emerged. However, buyers from other markets took up the slack. If not for the slowdown after Brexit, 2016 would have been a spectacular year for property. The full effects will perhaps not be felt until later in 2017. According to the report “the overall strength of demand for what Marbella has to offer will not be enough to cancel out the effect of Brexit on 2017, not perhaps for another year or two.”

Despite Brexit, the British still love Marbella. The tourists are here in force at the moment and buyers will return once the Brexit negotiations are complete. Meanwhile, buyers from Russia, Morocco, China, the USA, Latin America and core European and Middle Eastern countries will keep the market above water.

Plan with a Vision

Moving forward, Marbella is feeling buoyant and is upgrading many aspects of the town. From investment in roads to infrastructure, “but also initiatives such as continually improving the standards of professional training, service culture and beautification of the area.” says Pia Arrieta Morales, Managing Director of DM Properties/Knight Frank. Morales goes on to say that what Marbella needs now is a plan with a vision for the development of the town, not looing a few years ahead but “creating a master plan that plans for growth and sustainability, avoids over-development and in so doing nurtures the Marbella brand and its exclusivity”

With British buyers becoming more cautious with their money, the market saw an increase in activity from Norwegian, Belgian and Dutch buyers. They contributed greatly to the sales of Los Olivos in Nueva Andalucía, Icon Signature Villas in Santa Clara to mainly Scandinavian, Belgian and Dutch buyers, and developments such as Taylor Wimpey’s Jade Beach in San Pedro de Alcantara. This continued in the first half of 2017, as well as a slight increase in interest from British buyers.

Morales says “The majority of our enquiries continue to come from Scandinavia, with Holland and Belgium also prominent markets. We have also noticed a strong recovery in the Spanish market, a slow revival of Russian buyers, with British enquiries down in 2016 but up again in 2017, and a strong increase in interest among Saudi and Kuwaiti buyers for the Golden Visa scheme.

Overpriced properties are continuing to adjust bringing more competition to the market. Prices have remained relatively stable over recent years and buyers are still submitting offers around 10% below the asking price. Prime land in Marbella is practically all gone, but investors are still showing interest now looking beyond Marbella to Benahavis and Estepona.

Clients are taking longer to make a purchase decision which we saw in 2016, yet the popularity of new developments is certainly increasing, maybe even close to that of the pre-crisis years. 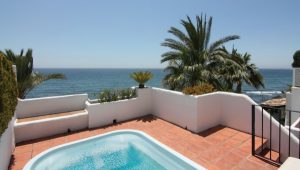 The greatest demand currently is for frontline beach apartments on Marbella’s Golden Mile, especially around Puente Romana, with a price range up to 2.5 million euros. Also proving popular are medium-sized villas of up to 3 million euros in gated communities within the greater Golden Mile area (Cascada de Camojan, Sierra Blanca), and Nueva Andalucía. Buyers want to be close to Marbella town and Puerto Banus, but beachfront alternatives including Guadalmina Baja and San Pedro de Alcantara are also increasing in popularity.

Generally, the most in demand properties are modern villas of between 250m² and 450m² built, with price tags between 800,000 and 2 million euros. Also in demand are stylish modern apartments of 100m² – 150m² with prices up to 600,000 euros. Penthouses also remain popular but there has been a recent surge in interest for ground floor “garden” apartments. In terms of orientation, south and southwest facing properties are of course the most popular.

West of Marbella, into Benahavis and Estepona, is up and coming with areas such as Nueva Atalaya and La Alqueria proving popular amongst buyers and developers. These areas have seen a strong increase in planning applications with contemporary villas seeming to be the most popular, a trend driven by Scandinavian buyers.

The Marbella property market is shaping up for a great 2017 with increased interest, rising prices and huge investment in new developments. The Costa del Sol has and always will be one of Spain’s most popular areas for expats and investors.