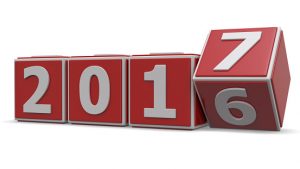 As 2016 draws to a close we can all look back and reflect on the lessons learned, the choices made and the rewards earned from a turbulent year.

As well as the usual ups and downs associated with the real-estate market there have been a few surprises to contend with this year.

We had to inform all our rental property owners about the new laws applied to short-term rentals; register the property, ensure it complies with health and safety regulations, ensure adequate heating/cooling is fitted etc. It was a long list of jobs for a long list of clients.

Of course, many more hours were spent assuring ourselves of this. There was a lot of checking, reading, re-checking and researching the predictions of both the doom-and-gloom remainers and the overly-optimistic Brexiteers. Some predicted the end of the world, whilst others said life would go on unchanged. So, who was right?

Six months after the result was announced property sales to British buyers are down around 10%, driven first by Brexit uncertainty and then by the falling pound. Brits are still buying in larger numbers than other nationalities but there has been a slump since the referendum. Many potential buyers are preferring to wait and see what the pound does or waiting for some concrete post-Brexit information. The weak pound doesn’t seem to have put the Brits off Spain completely. As the record numbers show, the British still love a holiday on the Costa del Sol.

The banks are lending again with mortgage approvals up around 14%. However, many banks are now demanding you take out other services like credit cards and life insurance as part of the deal.

Construction is also making a return with several new developments springing up along the coast. The horizon is once again filled with cranes meaning employment for many and more choice for buyers.

Sales numbers have remained consistent throughout 2016, despite a slight lull immediately after the Brexit result was announced.

The property market in Spain suffered a huge blow in 2007 and struggled to recover. We had 7 years of slow progress and difficult times but over the last few years we have seen very good signs and all the experts agree – Spain is back!

So, with that, we wish you all a very Merry Christmas and a Happy New Year! We hope 2017 is a great year for you all. See you there!