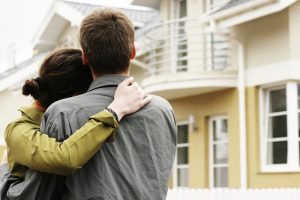 There is a clear difference between the home buyers’ budgets and the sellers asking prices. The national averages show the seller asks for around 4% more than the average home buyer wants to spend. The difference is more acute in the Basque Country where the seller wants 15% more than the buyers budget. Madrid and Catalonia see selling prices on average 7% higher than the buyers budget. In Andalusia we see that supply and demand is more balanced as both buyer and seller have the same budget. In contrast, in the Valencian Community the starting price for the private seller is 4% below the average budget.

“Catalonia, the Community of Madrid and the Basque Country are the most expensive regions to buy a home, which explains why in these areas buyers and sellers have budgets that are higher than the average for the rest of the country. This also explains that while 40% of active buyers in the last year in Andalusia and the Valencian Community set an initial budget of between 50,000 and 100,000 euros, in the case of Catalan, Madrilenian and Basque buyers practically the same percentage established an initial budget of 100,000 to 200,000 euros”, explains Beatriz Toribio, director of studies at fotocasa.

75% of Spanish buyers looking for a primary residence

Additionally, of those people looking for their permanent home 46% of buyers were looking at apartments. However, in the end just over half the buyers (55%) purchased an apartment making it the most sought-after property type in Spain.

This also differs by community. In Catalonia those looking to purchase in the same town amounted to 65% of buyers, with 66% closing a deal. In Madrid there is a greater proportion of buyers seeking a new property in the same town. 81% of buyers wantes to stay where they are. 77% managed to achieve this.