Cost of Renting Increased in February 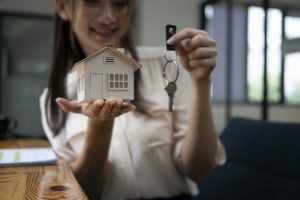 The cost of rental housing in Spain had an average monthly price of 10.11 euros per square meter in February 2022. This figure marked a monthly increase of 0.40%. In the year-on-year comparison it rose by 4.56%.

According to Ferran Font, director of studies at piso.com, “the upward trend in rental prices continues to strengthen“.

Font further points out that this rise in prices still does not represent a great break, but the progressive increase of the CPI could continue to push up income: “The cost of living has skyrocketed, and aspects such as the war in Ukraine, which will lead to an even more intense rise in basic consumption such as electricity and fuel, do not help“. In addition, Font admits that “not only will the big capitals will support the upturns, but also, given that the situation is generalized throughout Spain, rents in other medium-sized cities will also rise.”

It is important that tenants deploy all their negotiating skills in case they have to review the monthly payments or are currently looking for a new property to rent. On the investor side purchase-for-rent will continue to be very strong: The attractive profitability of rental allows residential real estate investment to be placed above other types of products subject to greater volatility, so that the money will continue to take refuge in bricks and mortar.

Barcelona is the most expensive Spanish capital