Another Record Year for Malaga Airport 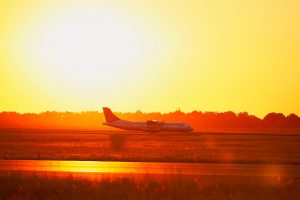 2019 was another record year for Malaga Airport reaching three milestones. In its hundredth year of operation the airport handled 19,856,299 passengers, 4.4% more than in 2018 and the highest figure for any year since opening in 1919.

The second significant milestone was to reach and exceed 400 million passengers served since opening, and also the first September in which more than 2 million passengers were handled in a single month. There was also a record in the amount of baggage handled with over 5.3 million items moved. August was the busiest month for the ground crew with the most bags managed (672,167), according to data from airport operator, AENA.

Finally, the number of flights also set a new record in 2019, with the amount of flight operations reaching 144,920, 2.5% more than the previous year and the airports highest traffic for 100 years.

The vast majority of the passengers moved on commercial flights (19,798,215). Of these, 16.8 million were on international flights, representing an increase of 4% over the previous year. The number of international flight operations increased by 2.1%, when compared to 2018, to reach 111,776.

The remaining 2.9 million passengers were flying between Spanish cities, strengthening the domestic market by 7.5% when compared to 2018. The same was true of the number of domestic flights which increased by 6.8% to reach 28,795.

As for the traffic statistics for the month of December at Malaga airport, they followed the positive trend of the rest of the year, with 1,136,687 passengers, a 2.9% increase in relation to the same month of 2018.

Written by Marbella For Sale.