Cost of Renting a Home Increased in August 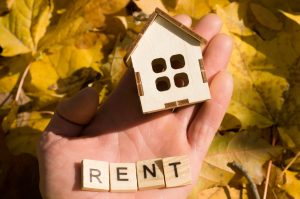 Cost of renting in Spain up 0.6% in August

In August 2021, the cost of renting Spanish property had an average cost per square metre of 9.763 euros per month. This represents a monthly increase of 0.62%, and an annual variation of -1.97%.

“Although renting is somewhat cheaper than last year, month by month we see how the monthly payments recover ground”, said Ferran Font, director of studies de piso.com. Font said he does not want to brand this slight upward movement as a trend because there are still variables that push incomes to adjustment: “Until the context normalizes in the main capitals, which are the ones that condition the evolution of this indicator, it is better to be prudent and trusting that the movements that take place are progressive”. While this change in tone is taking place, “tenants who are renting for the first time or are changing their home should take the opportunity to negotiate the price, in order for it to adjust to the market”.

Font also points out that, after reaching herd immunity in Spain at the end of the summer, “we will see how many teleworkers leave their remote locations and return to their offices in person. This small exodus to the big city will likely result in price increases”. On the other hand, “the transfer from tourist to residential rental is gradually being reversed, which compromises the offer and, therefore, also increases rents”. In any case, Font indicates that “the rental market will walk in parallel with the economic situation of the country, faithfully reflecting its ups and downs.”

Madrid is the Most Expensive Community

Donostia-San Sebastián was the Most Expensive Capital