Who is Looking For New Build Property? 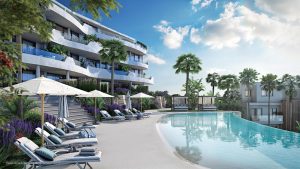 29% of Spanish buyers opted for a new property

Over the last 12 months, 4% of Spaniards bought a home in Spain, and of these, 29% opted for a new build property, compared to 71% who bought a resale property. This is according to the report “Profile of a New Property Buyer 2017-2018”, published by fotocasa. The aim of the report was to gain insight into how demand for new construction is behaving and in which areas it is most in demand.

The report shows that interest in new property has increased among buyers over the last year. In 2017, 8% of the total number of Spanish buyers who made a purchase were only considering a new property, while in 2018 this percentage has risen to 15%. Therefore, in just one year, the proportion of buyers looking exclusively at new constructions has doubled.

Over the last year, 52% of buyers considered both new and second hand, while 33% were only looking at used property.

“This study shows that not only is there a greater interest on the part of buyers in new build housing, but the percentage of potential buyers who only consider new property has increased considerably (from 8 to 15%). This is linked to demand and also because in recent years there was not so much new construction available,” explains Beatriz Toribio, director of studies at fotocasa.

Madrid and Andalusia Have Most Buyers Looking For New Build

Fotocasa’s report focuses on the communities of Madrid, Catalonia, Andalusia, and the Basque Country. Madrid and Andalusia stand out as the communities where there is high interest in new properties. In 2017, in Madrid, 11% of buyers were only considering new property. In 2018 this has risen to 18%. Similarly, in Andalusia, in 2017, 7% of buyers were looking at new builds. This has risen to 15% in 2018. In Madrid, 35% of homes purchased were new, while in Andalusia this percentage is 25%.

Who is Buying New Constructions?

Of the Spaniards who considered purchasing a new build property last year, 39% were between the ages of 25 and 34 years old. 34% of buyers were aged from 35 to 44, showing that younger people are more interested in new property. Additionally, 52% are upper-middle class, and 24% were middle class.

55% of buyers stated that they were looking at a new property for reasons related to their life-cycle. Thus, 46% wanted to buy new to improve their current living conditions. 27% wanted more space due to a growing family. 25% were couples making the move to co-habit, while 23% said they believed a new property was a better investment than an old one.

It should be noted that 81% of buyers took under one year to find and complete a purchase. Breaking that down we see 7% took less than a month, 14% between one and two months, 21% from two to four months, 16% between four and six months, and 23% completed between six months and one year.

In general, the time it took to find a home was much less than expected for 20% of buyers. For 38% of buyers it was more or less what they expected, and for 7% it was longer than expected.

The reasons for opting for a new build property were diverse; 43% said it was because no reforms were required; 30% said a new property better suited their needs; 29% said new properties had better qualities and finishing’s; 24% said they opted for new for the additional services like a swimming pool or gym; 22% went for a new property for its location, while 15% did so because buying off-plan can be a lot cheaper.

Price is Main Obstacle for Buyers

The report highlights the main difficulties encountered by Spaniards who considered the purchase of housing in the last year. Thus, the main problem for 76% was high prices, followed by 45% who couldn’t find a new property in the desired location. A further 31% said there was not enough choice, while another 31% considered the size to be a problem.

In this sense, due to high prices, 54% of buyers who had considered new property exclusively needed to negotiate on price, compared to 38% of buyers who didn’t. 8% say they did not negotiate at all but the price fell during the purchase process.