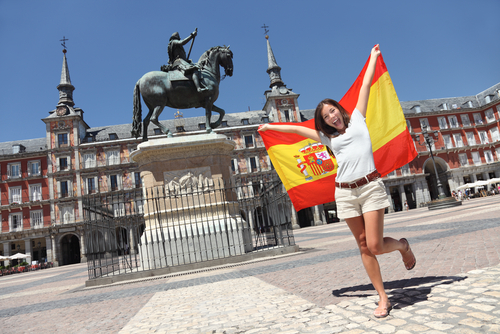 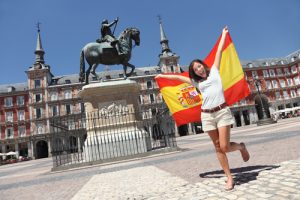 As one of the busiest summers ever drew to a close Spain was still attracting the tourists with over 8.8 million visitors arriving in September. This is an increase of 11.4%, when compared to the same month last year, according to the latest data from the INE.

As usual, the UK was the main emitting country with more than 2.1 million Brits visiting Spain in September. This represents 24.4% of the total visitors and is 8.2% more Brits than visited in the same month last year.

Germany and France were the next countries in the list of top referring countries. Over 1.4 million Germans and a little under a million French travellers visited in September. Compared to last year, there were 9.3% more Germans and 0.5% fewer French visitors.

The Balearic Islands were the most popular choice for tourists in September with 22.7% of the total choosing the islands. Catalonia was next with 22.5% of the total, followed by Andalucía with 14.8%.

More than two million people visited the Balearics in September, 7.9% more than last year. The main emitting countries of tourists visiting the Balearics was Germany with 33.4% of the total, followed by the UK with 30%.

The number of tourists visiting Catalonia increased by 6.1% to reach almost two million. 17.5% came from France and 12.5% came from the UK.

The third most popular destination, Andalucía, received 1.3 million visitors in September, annual growth of 17.3%. The UK was the main country of origin with 25.1% of the total.

In the first 9 months of the year the number of tourists visiting Spain has increased by 10.1% to a staggering 66.1 million.

The main emitting country so far this year is the UK with almost 15.4 million tourists, an increase of 7.8% over the same period in 2016. The number of German tourists has grown by 7.5% to 9.6 million. The number of French visitors increased by 1.5% to 9.3 million.

Following the busiest summer it has ever seen, Málaga-Costa del Sol airport closed September having handled over 1.9 million passengers, 11% more than in the same month in 2016. The number of flight operations also increased with 10.4% more flights dealt with than in the same month last year, according to data released by airport network AENA. This amounted to 13,696 flight operations making for a very busy runway!

The bulk of passengers travelled on commercial flights. Of these, 1.7 million moved between Spain and a foreign country, a 12% increase. The UK accounted for the majority of those passengers with 675,000 Brits visiting the Costa del Sol in September. This represents an increase of 6.6% over last September. German passengers also increased with 19.4% more visitors, reaching 181,029 travellers. Those visiting from the Netherlands increased by a massive 30% to reach 122,741 visitors.

Almost a quarter of a million passengers passed between Malaga and other Spanish airports, an increase of 4.9% in the domestic market. This is also reflected in the number of national flight operations which showed growth of 6.2% to reach 2,115 flights.

The busiest day in terms of flights for Malaga airport was the first Sunday of the month, the 3rd. On this day alone airport staff handled 506 flight operations. The busiest day for passenger numbers was Saturday 16th when staff dealth with over 73,000 passengers.