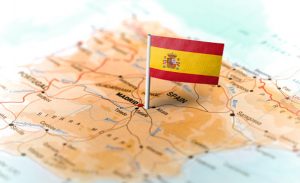 As mentioned in a previous article, Spain had a huge August in terms of tourism with over 10 million international visitors passing through. Those tourists spent more than they did in 2015 with an increase in total tourist spending of 3.8%. The total expenditure of tourists in August was 10,354 million euros, according to data from the National Statistics Institute.

The average expenditure per tourist went down slightly to 1,025 euros per person. This represents a decline of 1.9%. The average daily spend also decreased by 0.2% to 116 euros per day.

The average length of stay by international tourists was 8.9 days. This was also a slight decrease, when compared to the previous year, of 0.2 days.

Cumulatively for the first eight months of 2016 the total expenditure has increased by 7.1% when compared to the same period last year. The total is a staggering 53,296 million euros.

Despite Brexit worries, spending by UK tourists increased by 3.5% when compared to August 2015. German tourists spent 0.2% more, while the French increased their spending by 9.1%.

Visitors from Nordic countries (Denmark, Finland, Norway and Sweden) increased their spending by 8.4%.

For the first eight months of the year tourists from the UK have accounted for 21.1% of the total expenditure. Germans account for 14.1% and the French account for 9.4%.

The Balearic Islands saw the majority of tourist spending in August accounting for 24.2% of the total. Catalonia was next with 23.2%, while Andalusia accounted for 13.8% of the total.

In the Balearic Islands spending increased by 2.6%, while Catalonia saw an increase of 0.2%. However, in Andalusia spending decreased by 1.1%.

The Community of Madrid saw a large increase in tourist spending of 15.9% when compared to August 2015.

Tourists visiting Spain for leisure/holiday accounted for 92.8% of expenditure, 4% higher than the same month in 2015.