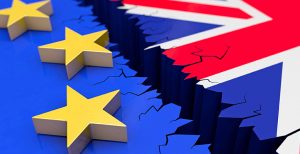 Only 3 in 10 owners are worried about Brexit

Despite the concerns of the British regarding the Brexit, only three in 10 Spanish property owners believe that the UK’s departure from the EU will affect the Spanish real estate market.

However, when you ask those who own properties in areas that are more popular with Britons (Catalonia, Valencia, Murcia, Andalusia, the Balearic and Canary Islands, and Madrid) that number increases to almost five in 10 (48%). This is according to a survey carried out by real estate portal fotocasa.

If the results are analysed by area in those “tourist zones” we see owners are most concerned in Murcia. Here, 58% said they are worried about the effects of Brexit. In the Balearic Islands 58% of owners are concerned, while in Valencia 57% said they were. In Andalusia, which is popular with British tourists all year around, and home to many British expats, Brexit worries are high among 56% of owners. On the Canary Islands 51% are worried.

“The British are the main foreign buyers of Spanish property, far ahead of the French or German. This study shows that Brexit will have a limited effect on the Spanish real estate market in general, but not in the areas of the Mediterranean coast and the islands, where concern is higher among owners about the consequences of the UK’s departure from the European Union”, explains Beatriz Toribio, head of research at fotocasa.

Not Worried About Prices

“The Spanish real estate market continues to be very attractive to investors in the current context of low interest rates and the high returns and stability it offers”, added Toribio.

Additionally, 22% of respondents believe that Britons will be forced to sell their Spanish property because of the falling pound. Also, they do not consider that the instability generated by Brexit will affect the buying habits of other nationalities. Only 16% believe Brexit could hurt the purchase of Spanish housing by other foreigners.

Almost three out of 10 homes sold in the last twelve months were sold to a non-British foreigner. However, although only 26% of home sales are to foreigners, 51% of respondents say that during the process of selling their home they have received some or many visits from foreign buyers. Some 26% of viewings are by British buyers, followed by French (22%) and Germans (16%).

When looking at the provinces in which these owners sold their homes, 13% are in Barcelona. 11% are in Alicante, 10% in Madrid and Valencia, 8% in Malaga and 6% in Cádiz.