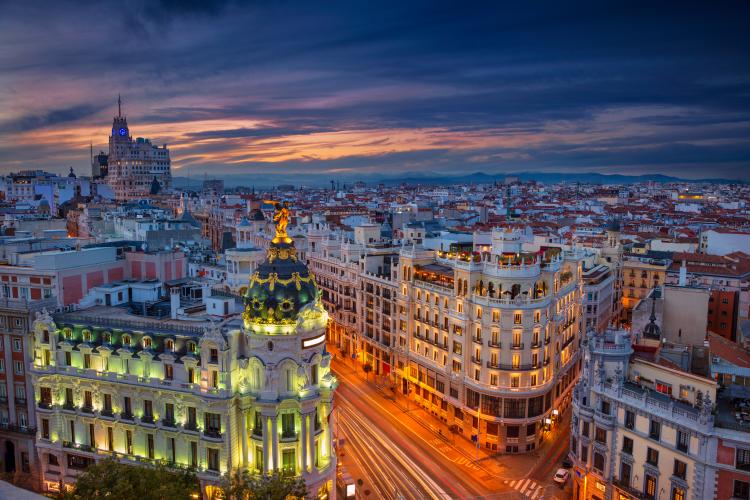 A report by pisos.com says the good performance of the Spanish property market has been clearly demonstrated by the statistics for 2017 and has continued to move in a positive direction throughout the year. Everything seems to indicate that prices, purchases, mortgages and new construction licences are in a state of stable growth and may stay that way for years to come.

However, the future of the housing market is not free of risk. Aspects such as the political situation in Catalonia, the entry into force of the new Mortgage Law or the struggles between tourist and residential rentals could be conditioning factors that play in favour or against the balance between supply and demand.

Looking back over 2017, Ferran Font, director of studies of pisos.com, admits that “professionals of the property market closed ranks to face the onslaught of the crisis, helping it recover enough ground over the last decade to look towards the future with optimism.” 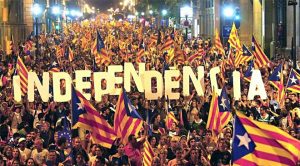 Regarding the troubled Catalan independence process, Font does not hesitate to affirm that this region has “an essential role to play within the Spanish economy, but even the International Monetary Fund itself has improved its forecast of economic growth for Spain by five tenths, up to 3.1%.” Font points out that “although there are some numbers that suggest a small decrease in prices, real estate transactions or mortgage loans granted in Catalonia, it is still too early to assess the impact of Catalan sovereignty with guarantees, especially when there is less than a month left until the elections.”

Prices continue their upward evolution. The College of Registrars has recently published statistics for the third quarter of the year, announcing that the price of housing has experienced an annual increase of 6.8%. In this regard, Font points out that “the accumulated fall from the highs reached in 2007 is correcting, leaving behind the 50% gap and placing prices at 2005 levels”. On the other hand, according to the National Institute of Statistics (INE), the annual variation of the Housing Price Index (IPV) in the second quarter of 2017 increased three tenths to 5.6%. The Ministry of Development released data estimating a 2.7% rise in the price of housing in the third quarter compared to the same period of 2016. The General Council of Notaries also follows this line, suggesting a 2.4% year-on-year rise in September for Spanish property.

As for prices of property listed for sale, the variation compared to October 2016, showed year-on-year rise of 0.54%. Font estimates that the second-hand property listed on the portal will close 2017 with an average price per square meter below 1,600 euros. “The dynamism or stagnation of the price of second-hand property in 2018 will depend on the magnitude of the transfer of demand to new property, a segment that has always been the first choice of the buyer,” admits Font. In this sense, the latest data from the registrars already indicates that the purchase of new housing (+18.8%) grew more than that of used (+15%) in the third quarter. However, “the drainage of the stock has a double reading given that, although there will be those who turn their backs on second-hand property in favour of a new development, others will seize the opportunity to acquire a used property at much more competitive prices”, clarifies Font.

With regard to purchases, and in line with data from the INE which shows an increase of 11% in September, 2017 saw five consecutive positive year-on-year variations, following a fall of -8.6% in April. “Although there have been several voices that predicted that transactions would break the barrier of half a million in 2017, the truth is that, if the progression continues in this way, operations will reach around 475,000, around 17% more than in 2016“. For his forecast, Font also referred to the data for the third quarter published by the registrars, which indicates that in the last 12 months 445,725 operations have been registered.

Font states that “the profile of the second-home buyer has continued to grow in 2017, given that this group of buyers is the one that best meets the solvency criteria required by banks.” Although it would be good for the market if in 2018 the demand for primary residence buyers increases in momentum, Font points out that the main purchasers would be young people and their financial situation is not the best for banks because “the purchasing power necessary to take the step towards ownership is diminished by unstable working conditions and by a scarce capacity for saving, made even harder by renting”. Regarding purchases for investment, Font indicates that nothing will change regarding the popular locations next year: “Madrid, Barcelona and certain coastal enclaves are the favourite destinations of this buyer, which in 2017 has been very active and in 2018 will continue to be”.

The number of new mortgages is another good indicator of the health of the property market. There was a majority of year-on-year positive versus negative variations over the course of the year, with only February (-2.7%) and April (-11.4%) seeing falls. Taking into account the latest data published by the INE, corresponding to the month of August (+29.1%), Font believes that “the number of mortgages on housing granted in 2017 will be around 315,000, with an increase compared to the total registered in 2016 of probably 12%.” Likewise, Font estimates that “the average amount of those mortgages was around 115,000 euros, rising by almost 5% compared to last year”. Assuming that the amount financed covers 80% of the appraised value of the property, Font concludes “the properties sold in 2017 have an average price of between 140,000 and 145,000 euros.”

Font also suggests that the key in 2018 will be the approval of the new Mortgage Law. “The regulations will be a true turning point for the financial system, given that its articles introduce measures that will result in greater security and transparency,” he said, applauding the Government’s decision to protect consumers. Further, Font hopes that this law “will alleviate the judicial collapse caused by the avalanche of claims relating to floor clauses, constitution expenses or multi-currency mortgages.” However, Font states that “changes such as the prohibition of the cross-sale of linked products or the limits imposed on the amortization fee and interest on late payments could lead banks to tighten credit conditions”. The return to credit rigidity would be, for Font, bad news, especially at a time when “the mortgaged have become more conservative and committed to fixed interest because they think in the long term and because they are much more sensitive to the consequences of default.” 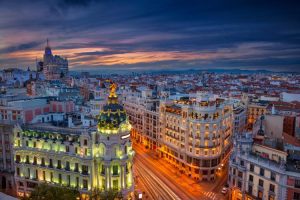 Some cities suffer lack of space for new builds

Another important indicator to the state of the property market in Spain is the quantity of new property construction licences. According to the Ministry of Development, from January to August 2017 the number of licences for residential property reached 53,977, a rise of 26% compared to the same period of last year. The upward trend of these applications began in 2014, after seven years of continuous declines which followed the historic maximum of 865,561 visas granted in 2006. Font predicts that “the total figure in 2017 will exceed 80,000 visas, while in 2018 it is very possible that the 100,000 barrier will be breached”.

“It will take some years for new promotions to grow to between 150,000 and 200,000 licences per year,” explains Font, given that developers must overcome a great obstacle: “There are residential centres in large capitals that suffer, not only because of the growing demand, but also because of the administrative obstacles that cause available plots to be scarce and, therefore, expensive”. In fact, the cost of a square meter of urban land in municipalities with more than 50,000 inhabitants grew by 11.8% in the second quarter of 2017, according to the Ministry of Development. For Font, it is essential to work in search of “greater openness and dialogue on the part of municipal administrations, given that new builds could help to decongest the most central districts and move pressure away from them towards peripheral neighbourhoods whose expansion is blighted by slow decision making.” In this sense, Font invites administrations to focus on rehabilitation and energy efficiency.

Finally, the rental property market has also been in the spotlight in 2017. In particular, the debate has focused on how the ‘boom’ of holiday rentals has influenced the upward growth of residential rental income, especially in certain locations that are a magnet for tourism. The latest data showed an average monthly income from rental property of 752 euros. This represents growth of 13.08% compared to October 2016. Font predicts that “the national average rental income could be above 800 euros in 2018.” If the escalation of monthly payments persists, access to housing for rent in capitals such as Madrid, Barcelona, Donostia-San Sebastian, Bilbao, Palma de Mallorca or Seville could become even more difficult than currently, pricing many tenants out of the market and leaving them in a vulnerable position.”

The possible solutions to the increases in rental costs that these cities suffer will not be solved by implementing restrictive measures within the residential lease, but to insist on the regulation of tourism rentals: “The lack of national regulation and variations between regional regulations generates legal uncertainty and creates other problems such as neighbourhood conflicts, gentrification and strong social unrest,” says Font. On the other hand, he believes that the decision of the Ministry of Development to begin collecting official statistics on rental prices is “a fantastic step forward to show in-depth details and shed light on a sector that has always been in the shadows”.