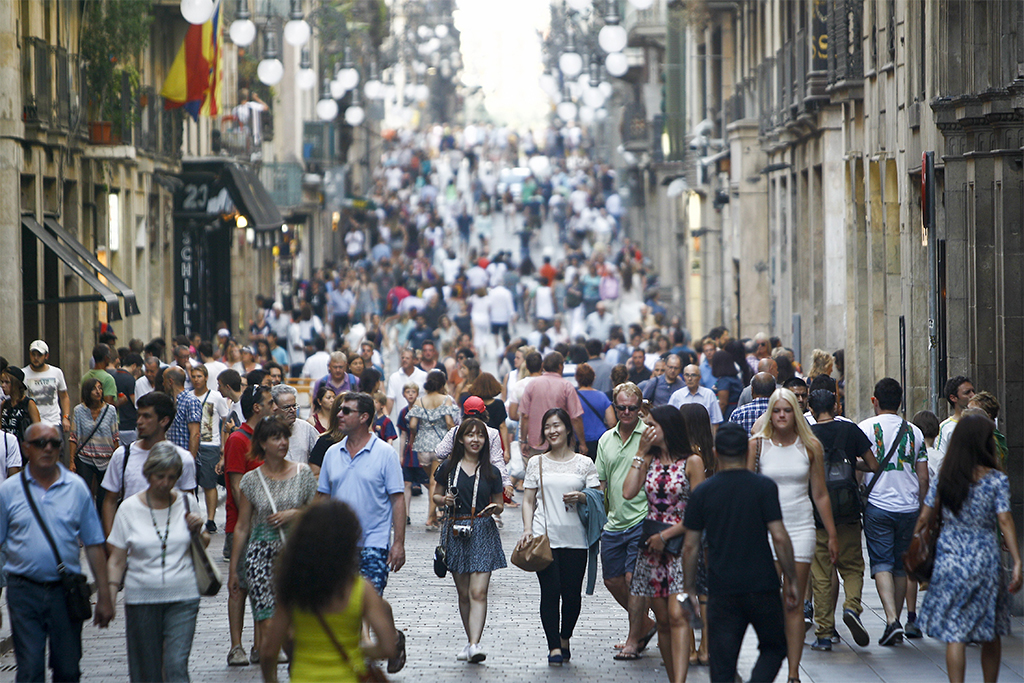 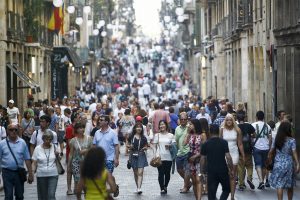 Spanish streets were filled with tourists in July

Despite a handful of scaremongering articles suggesting Spain’s tourism market is under threat, Spain dealt with 10 million international tourists in July, 4.9% less than in the same month last year, according to data from the INE.

This is not a huge drop and is easily explained. For a few years, following terror attacks, Turkey, Tunisia and Egypt have all been off the holiday market and some travellers who would usually visit those countries chose Spain instead. So, we are not 4.9% down on “normal” numbers. We are down on the numbers which included extra people. Now those countries are once again open to tourists it is expected that Spain should receive fewer visitors. Another obvious reason is the weather across northern Europe, including the UK, was much hotter this year that it has been recently. This pushed many people to stay in their own countries for their summer holidays.

The UK was the main emitting country in July, with almost 2.2 million Brits choosing Spain. This represents a massive 22% of the total international visitors, but a decrease of 5.6% compared to July last year.

The number of French and German tourists also slowed this year. Around 1.4 million French visited (11.4% less on the annual rate), and almost 1.3 million Germans (6.2% less).

Among the other main emitting countries, it is worth mentioning the annual growth of tourists visiting from the United States (+12.7%) and Switzerland (+0.2%).

The Balearic Islands attracted the bulk of visitors in July, with 24.4% of the total choosing the islands. They are followed by Catalonia (23.9%) and Andalusia (13.3%).

More than 2.4 million people visited the Balearic Islands, 2.2% less than last July. The main countries of residence of tourists visiting this community are the United Kingdom (with 28.1% of the total) and Germany (26.6%).

The number of tourists visiting Catalonia decreases by 6.7% and was close to 2.4 million. 21.6% came from France and 10.8% from the rest of the world.

The third most popular destination community by number of tourists was Andalusia, with more than 1.3 million tourists, an annual fall of 2.2%. The United Kingdom was the main country of origin (with 27.3% of the total), followed by the Nordic countries (14.3%).

In the rest of the communities, the number of tourists increased by 6.7% in Madrid. On the other hand, visitor numbers dropped 5.6% in the Canary Islands and 6.9% in Valencia.

In the first seven months of 2018, the number of tourists visiting Spain has increased by 0.3% to stand at 47.1 million. So, despite falls in July, we are still up for the year.