Record Number of Foreign Buyers in 2017 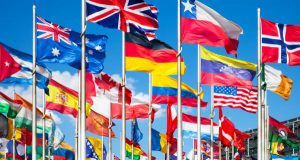 2017 saw many records broken in Spain in relation to tourism and the real estate market. Now, figures from the Association of Registrars shows the number of properties sold to foreign buyers also broke records.

During 2017, foreign buyers bought more than 61,000 homes in Spain, mostly in the coastal provinces and the islands. According to data from the College of Registrars, foreign buyers acquired 13.11% of all properties sold throughout the year. British, French and German buyers made up the majority.

“Foreign demand was not only a relevant factor in the recovery of the Spanish real estate market, being one of the main sources of buyers before the financial crisis, but, in the process of recovery, with an increase in purchases and prices, foreign demand continues to grow actively,” according to the registrars.

The attractiveness of housing in Spain for foreigners is of course linked to the sun and the beach. Therefore, the coastal provinces, especially in Mediterranean coastal areas and the islands, are those that have a greater weight of transactions with foreign buyers.

With data from the fourth quarter, in the absence of detailed annual figures, up to five provinces saw foreign buyers make up more than 30% of total operations and up to 14 regions marked double digits in the number of sales to international buyers at the close of year: they were Alicante (42.47%) Tenerife (38.75%), the Balearic Islands (35.40%), Girona (32.59%) and Malaga (31.83%).