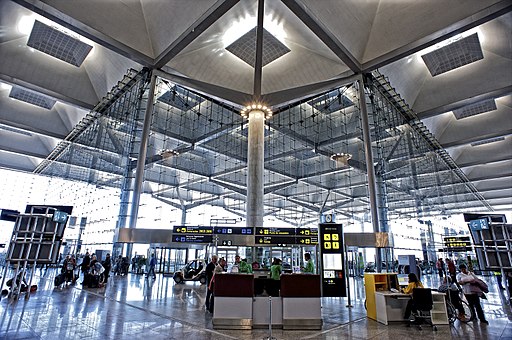 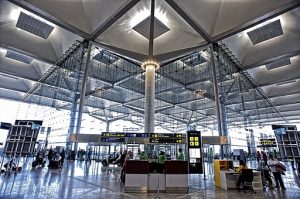 Over the first eight months of this year, Malaga Airport has handled a massive 13 million passengers.

This represents an increase of 1.3% when compared to the same period last year. The increase was driven largely by significant growth in domestic traffic which recorded double-digit growth.

The number of flights also increased with 2% more landings and take-offs this year.

The domestic market saw significant growth, increasing by 11.7% from January to September.

Considering the increase in travellers, the most dynamic markets were the Italian and the Gallic, with a rise of 10.1% and 7.6%, respectively.

Regarding flight operations, Malaga-Costa del Sol Airport handled 95,593 flights between January and August, of which 92,055 were commercial, 2.5% more than during the same period of 2017.

If we look only at the month of August, the number of passengers that passed through the airport amounted to 2,118,619, while the number of operations totalled 15,340. Of the 2,111,353 users who travelled on commercial flights (excluding executive aviation), 281,346 had their origin or destination within Spain and 1,830,007, international.

Malaga-Costa del Sol Airport marked a significant milestone on August 4th, registering the most traffic in its history, reaching 564 take-offs and landings. This beat the record achieved on July 28th, when the airport attended 560 flights.

August 4th was also the same day that the airport handled the largest number of passengers, with 77,514 passing through.