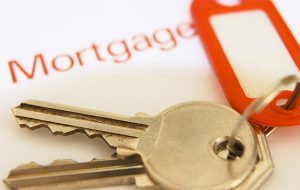 The number of mortgages approved on homes in April was 23,607, representing a 24.6% increase over the same month in 2015. The average amount of those mortgages also increased to stand at 108,354 euros, 5.1% more than last year.

Looking at all property types, the average amount mortgaged was 144,287 euros, an annual increase of 11.9%, according to the latest data released by the National Statistics Institute (INE).

The total amount mortgaged on urban properties was 4,571.6 million euros representing an annual increase of 33.8%. For homes, the total capital borrowed was 2,557.9 million euros, an increase of 30.9% over April 2015.

Mortgages granted for home buyers accounted for 53.3% of the total capital borrowed in April. The monthly increase over March was 3.2%.

85.2% of mortgages taken out in April were on a variable interest rate, compared with 14.8% on a fixed rate. The Euriobor is the reference most used in constituting variable rate mortgages, in this case on 94.2% of new contracts.

When taking all property types into account, the average interest rate at the point of loan approval was 3.20%, while the average term was 22 years.

For residential property, the average starting interest rate was 3.21%, 2.2% lower than in April of the previous year.

The community with the highest number of new mortgages granted on homes in April was Andalusia with 4,442 new loans. Catalonia and Madrid followed closely with 4,030 and 3,665 new loans, respectively.

The community that loaned the highest amount of capital was Madrid where borrowers took out loans amounting to 545.1 million euros. They were followed by Catalonia with 489.3 million and Andalusia with 410.5 million euros.

On the monthly variation, the community to record the highest increase was Asturias which saw 54.5% more new mortgages in April. They were followed by Murcia and Castilla La Mancha who recorded increases of 37% and 34.5%, respectively.