Increase in New Mortgages in August 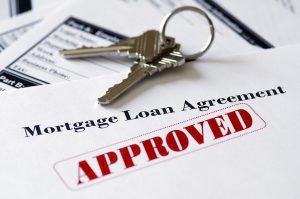 20,609 new mortgages taken out in August

There were over 20,000 new mortgages taken out on property in Spain during August. This represents a 6.4% increase over the same month in 2015. When comparing to July the variation is +10.2%. This is the first time in five years that August has shown an increase over July.

The average amount borrowed was 110,121 euros, representing an annual increase of 4.8%, according to the latest data from the INE.

The total capital lent for home purchases in August was 2,269.5 million euros. This was an annual variation of +11.5%. The monthly variation on home mortgages was +5%.

Of all the new mortgages taken out in August 71.7% were on a variable rate, compared to 28.3% on a fixed rate. The reference rate for the majority of new mortgages is the Euribor. In August, this was the case with 92.6% of mortgages.

The average interest rate applied at the start of the new mortgages was 3.10%, while the average term is 22 years.

On residential property, the average interest rate at the start of the mortgage was 3.26%, 0.2% higher than in August 2015.

In August there were 10,225 mortgages which had changes made to their conditions. This is 21.6% less than in the same month last year. For residential property, the number of mortgages with changes in conditions decreased by 12.7%.

The community with the highest number of new mortgages granted on homes in August was Andalucia with 3,842. Year-on-year, this was an increase of 1.9%. Compared to July the monthly variation was +11.9%.

Catalonia and Madrid also registered high numbers of new mortgages with 3,496 and 3,148, respectively.

In terms of capital borrowed for residential property Madrid, Catalonia and Andalucia lead the way. The totals were (in € millions) 512.8, 434.5 and 359, respectively.