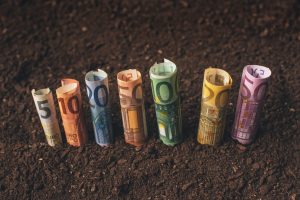 The price of second-hand property in Spain increased by 0.1% in October, when compared to September. On a year-on-year basis the increase was 2.4%. This change brings the average cost per square metre to 1,892 euros, according to the fotocasa real estate index. This is the fifth consecutive October to show an annual increase. The national average price is a staggering 37% below the average in Madrid, where the cost per square metre is 3,013 euros.

“The price of second-hand housing in Spain is moderating and the proof of this is the interannual variations. Everything indicates we are seeing the last of the large annual increases. However, in communities such as Madrid, the Canary Islands and the Balearic Islands, prices continue to rise more strongly than in other communities where we are seeing more moderate increases or even slight falls in the price of used housing,” explained Ismael Kardoudi, Director of Studies and Training at Fotocasa.

In October, the most expensive autonomous communities in which to buy second-hand housing were Madrid and the Basque Country, with an average cost per square metre of €3,015 and €2,798, respectively.

Prices up in 30 provincial capitals