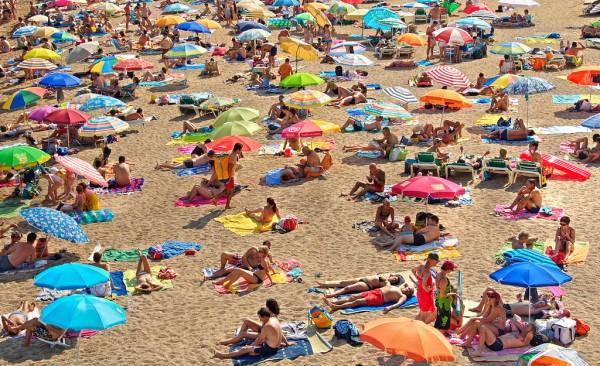 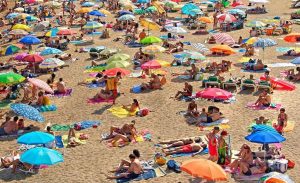 May saw a 1% annual increase of tourists

Spain received 8.1 million international tourists in May, 1% more than in the same month of 2017, according to figures from the INE.

The UK was the main country of residence for almost 2 million of those visitors, representing 24.6% of the total, but falling by 3.9%, when compared to May last year.

Germany and France were second and third in the raking of source country, with 1.2 million Germans and 1.2 million French visitors. These figures represent a fall of 1.8% in the amount of German visitors and an increase of 6.9% in the number of French visitors.

Catalonia received the largest chunk of visitors in May, with 23.2% of the total. The Balearic Islands accounted for 21.1%, while Andalucía took 14.8% of international visitors.

Catalonia received close to 1.9 million international visitors, 2.4% lower than in May last year. The main country of residence for visitors to Catalonia was France (23.1% of the total).

The number of tourists visiting the Balearic Islands decreased by 0.5% and exceeds 1.7 million. 35.4% came from Germany and 27.5% from the United Kingdom.

The third largest destination community by number of international visitors is Andalucía, with almost 1.2 million tourists and an annual increase of 1.8%. The United Kingdom is the main country of origin (with 30.1% of the total), followed by France (12.0%).

In other communities, the number of tourists increased by 5.3% in Madrid, but decreased 0.6% in Valencia and 2.6% in the Canary Islands.

Cumulatively, over the first five months of the year, the number of international tourists visiting Spain has increased by 2% to reach around 28.6 million.