Another Great Month for Hoteliers in August 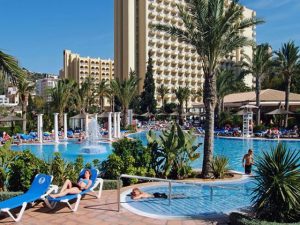 Spain’s hotels had a busy August

Cumulatively, for the first eight months of the year total overnight stays increased by 7.8% when compared to the same period in 2015.

The most popular areas for travellers who are resident in Spain were Andalusia, Catalonia, Valencia and Galicia. Annual variations in those areas were -4.7%, 2.3%, -0.8% and 5.8%, respectively.

In August, 78% of available rooms were occupied, an annual increase of 2.2%. For weekend occupancy by places, hoteliers recorded 80.4% occupancy, an increase of 4.2%.

By tourist-area, the island of Mallorca achieved the highest occupancy by places with 93%. The highest weekend occupancy was recorded in Ibiza where 93.7% of place were occupied. The Costa del Sol had the most overnight stays with 2.5 million.

Overnight stays by travellers from France, Italy and the Netherlands also increased with annual variations of 0.6%, 1.6% and 20.4%, respectively.