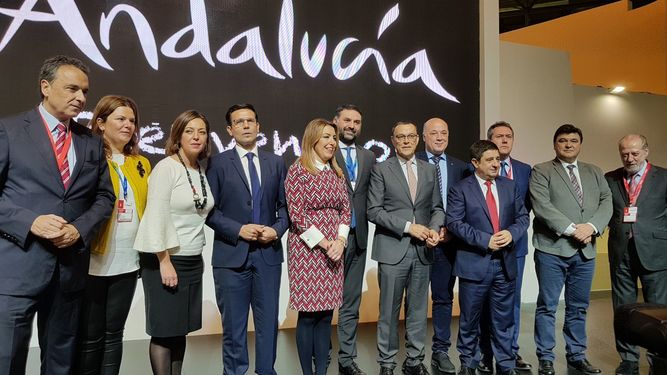 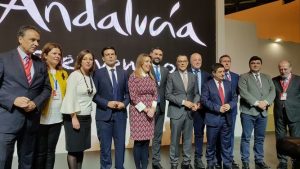 As mentioned in a previous article, 2017 saw the region’s best year in terms of tourist numbers. Although no official figure has been released, it seems likely that the total number of visitors to the region in 2017 will be more than 29.5 million, a 5% increase on the previous year.

The Junta had previously announced that they were aiming to reach 30 million tourists by the year 2020 but Díaz said that it looks ever more likely that the target will be reached, and possibly exceeded, in 2018. To do so would require only a 4.5% increase over 2017’s numbers.

“Last year on this first day of Fitur we predicted a 5% increase, which proves that we are going in the right direction,” Díaz said. She also added that all eight of Andalusia’s provinces saw growth in tourist numbers in 2017, which included an increase in the number of off-peak visitors, and not only those coming throughout the peak season.

Díaz also mentioned the increase in tourism income which grew by 4.5% when compared to the previous year. A total of 20.4 billion euros was spent in Andalucía by tourists in 2017. Average daily spend by tourists increased by 1.5 euros per day to reach 66 euros.

As expected, the tourism industry contributed to increasing employment in the region, added Díaz, saying that the sector “has created 4.6% more jobs, above the average for Spain, but there is still a lot of work to do to achieve greater job stability and quality.”

The positive figures came with a caveat. As Díaz pointed out, the industry would need to keep a sharp eye on the Brexit negotiations. The British are the region’s main international clients and the consequences of Brexit could have a profound effect on tourism in the region.

Other issues facing the Junta this year could be the recovery of locations such as Turkey and Tunisia, areas that have been avoided recently over security concerns, but which are making a concerted effort to bring tourists back there in 2018.